Naro is “the Siccardi family’s Castle”, it is a powerful fortress, symbolically raised as extreme defence against the avidity of the municipality of Cagli and then against the counts of Urbino, the Montefeltros. The Siccardis were powerful landlords and an ancient Guelph family, which is mentioned in historical reports already since the 11th century. The members of the family were trained to use weapons, they used to guard various fortifications between Cagli and Piobbico and they used to dominate large lands. The Castle rises on an uneven upland dominating the valley of Candigliano river, at 417 meters a.s.l.. It is mighty and isolated on a rock, a strategic position to control an important communication route, the ancient passage for Massa Trabaria.

In the first years of the 13th century, the expansionist aims of the close district of Cagli reached Naro: thanks to its strategic position, the Castle could become an important fortress to control the municipal territory (and, in addition, it could guarantee financial incomes). In the summers of 1217 and 1219, Filippo, Angelo and Rinaldo Siccardi were forced to submit Naro and other castles to the municipality of Cagli. Rinaldo, in return for his loyalty and his castles, asked to the municipality the position of Chief Magistrate (for a year), some money, wheat, wine and a virtuous residence in the centre of the town.

But the advantage agreement between the Siccardis and Cagli didn’t last long. Some years later, Filippa Siccardi, landlady of Naro Castle, on her spontaneous will, restarted the hostilities against Cagli. Filippa could resist only a few years against the overwhelming strength of Cagli. In 1227 Cagli reintegrated in its district the castles of Bosso, Valveduta, Castiglione, Frontone and Naro. But Filippa had resisted until the very end to the siege and gave back to Cagli castles in a bad state. Her resistance had been so strong that Cagli, fearing other rebellions, forced Filippa not to refund her damaged fortresses. 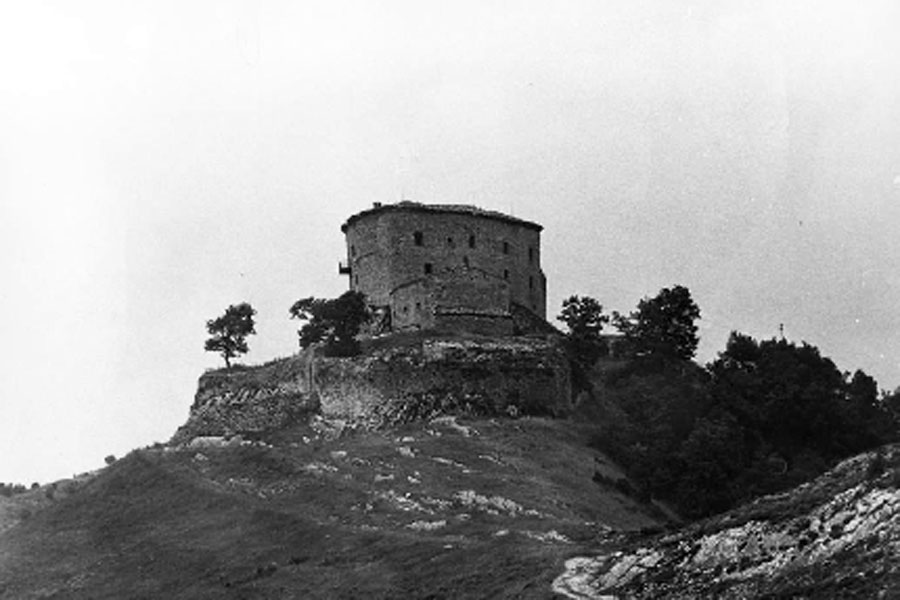 In the 14th century the Castle is no more a property of the Siccardis, but of the Mastinis, a family of warriors who has its origins in 1162 when the Emperor Frederick II of Swabia conquered Cagli. In 1388 the lord of the castle is Noflo Mastini, from Cagli and Guelph party, who also was the captain of the militia of Count Antonio from Montefeltro and husband of Calepretissa, Count Antonio’s sister.

CHECK FOR THE RESTORATION OF THE CASTLE »