She lived in the 13th century AD and her name was Filippa Siccardi. She was the proud landlady of Naro Castle and she declared war to the powerful municipality of Cagli to which her father, Filippo Siccardi, swore allegiance some years before submitting his castle.

We usually imagine a medieval woman in three possible ways: looking out ot the window of her tower, with her tresses in the wind and a dreaming glance waiting for her knight to come; or sent to the stake and burnt as a witch; or segregated in a modest dwelling at the spinning wheel, without any possibility of getting out of the house. None of these images of the collective consciousness is actually real and none of them is applicable to Filippa Siccardi, a woman who used to be looking out of the window of the tower of Naro Castle, but not waiting for her knight to come back from the Crusades, on the contrary, she was waiting for the jackals of the municipality of Cagli, ready to defend her beloved castle.

Filippa Siccardi was, without any doubt, a brave woman, but not a rare bird in the overview of medieval women, she simply was a medieval woman. She wasn’t a member of the so-called “weaker sex”, but in the 13th century she was just fulfilling her duty: not to bow down before the power of Cagli, but to protect her family. 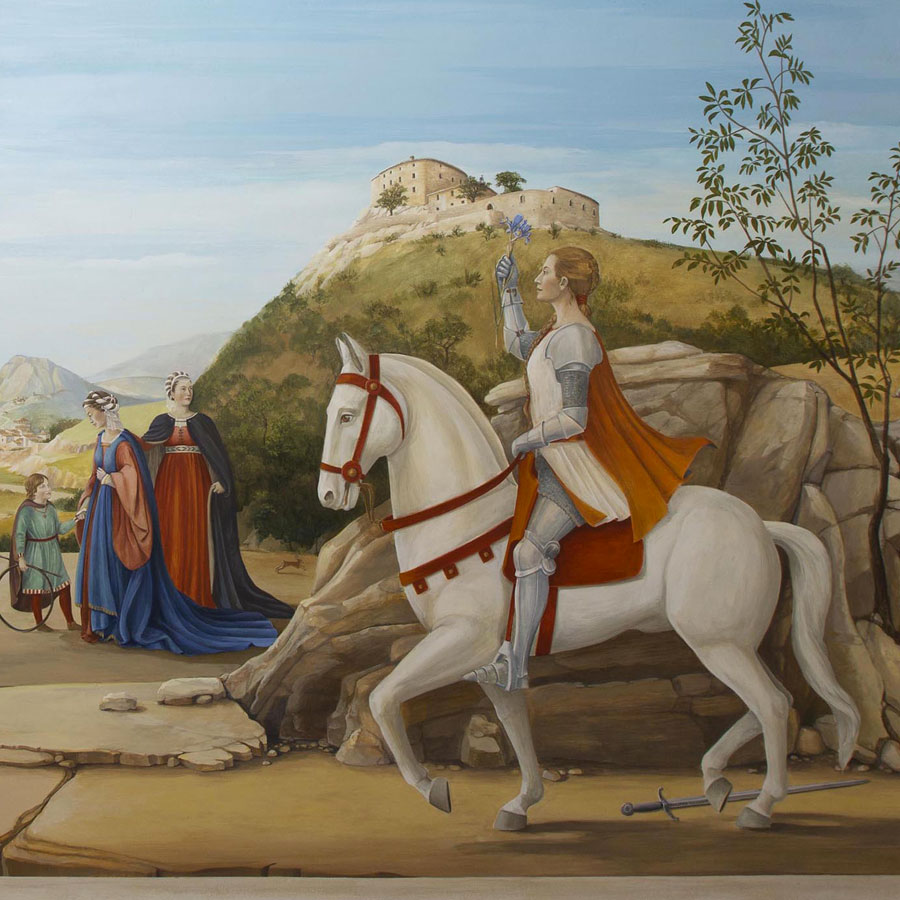 So, we should imagine Naro Castle in the first decades of the 13th century, with some more towers, besieged by militia of Cagli claiming the possession of the castle. Doors are closed, gates are lowered, guards are on the bastions ready to shoot arrows and to throw stones. The air is filled with Lady Filippa’s shouts strenuously inclined not to surrender, not even under the menace of a violent and destructive siege.

Obviously, Filippa could only resist for a few years against the overwhelming strength of Cagli and she was finally defeated. In 1227 Cagli reintegrated in its district the castles of Bosso, Valveduta, Castiglione, Frontone and … Naro. Filippa was defeated, but with honour. Historical reports tell that many of these castles were given back in a bad shape, after extreme and violent sieges. Filippa Siccardi resisted until the end, at the cost of ruining her “jewels”. For this reason she was forces by the municipality of Cagli not to “refund” her damaged fortresses and not to build new ones. Just because Cagli feared other rebellions!

CHECK FOR THE RESTORATION OF THE CASTLE »